Beatrice and The Book 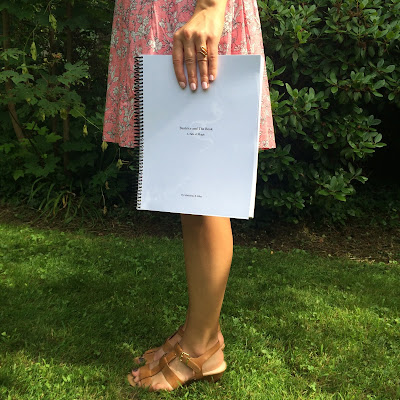 In my junior year of college, a professor asked us to raise our hands if we considered ourselves to be readers. (My hand shot up faster than Hermione's in potions class-- no surprise there.) But then she asked us if we also considered ourselves to be writers. My hand wavered and then slowly made its way back down to my lap. I used to, I thought to myself. When I was younger I would spend whole afternoons crafting stories; I entered poetry contests and wanted desperately to be a writer when I grew up. The professor looked around and shook her head as the hands continued to fall. "If you're a reader, you're a writer," she said with conviction. And I believed her, enough to chase that dream into being through senior year and my honors thesis. I fought hard for the chance to write my own manuscript. At the end of two semesters of championing my idea, I found two professors willing to bet on me. I had the forms signed and in hand: three credits of my last semester, dedicated strictly to writing (and finishing) a book.

And then spring semester began, and I thought, Wait, I have to actually write a book?!? For the next few weeks, as I struggled to find my footing (and even more, to sit and write distraction-free), I pretty much stayed in that panicked mindset. 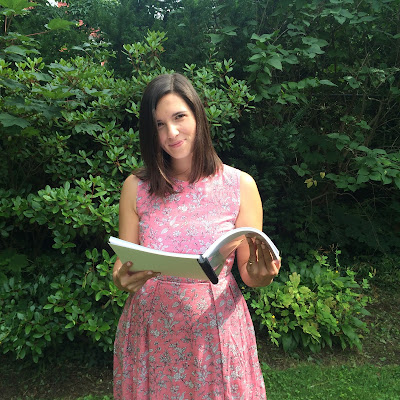 But then things changed. My characters became their own people. I spent months debating their names and defining characteristics, but ultimately, they came alive all on their own. At a certain point, all I had to do was wait for the words to come. No thinking, no worrying, just acting as the vessel for this world I had created to construct itself on the page. It felt like this place had already existed, and I had just happened upon it with the simple purpose of describing what I saw there.

I came to believe in my ability to write a good story. That doesn't mean that I don't expect criticism, or that I don't fear my readers not liking it, but it does mean that I'm proud of my work. I could have cried at that moment when I finally held it, printed and bound, with the knowledge that I actually wrote this.

The book is titled Beatrice and The Book, and it's a fantasy children's novel for readers age 8-12. I wrote it with an educational purpose in mind-- for it to serve as a resource for conversations about empathy and individual differences. It's inspired by the fairytales that permeated my childhood bookshelf. It's full of classic fairytale elements, but my characters were crafted with a more modern audience in mind, meaning I've abandoned that classic assumption that female characters should be damsels in distress. In this, Beatrice is just as (if not more) powerful than she (or anyone else) could have predicted. 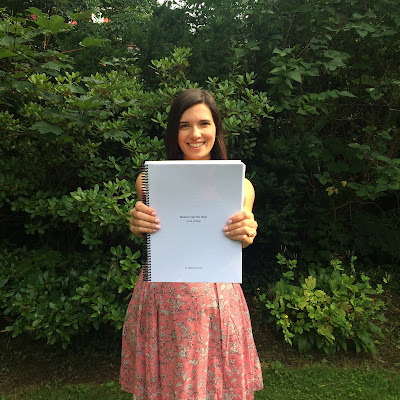 I learned some valuable lessons in the time it took to write this book: about self-discipline, about self-confidence, and about what it takes to actually write a book. I'm not sure whether I'll pursue publication, or whether I'll write another one, but I sure came away with a renewed sense of admiration for those who make writing their life. It's demanding, a little lonely, and a whole lot of hours spent hoping that someone might like what you've created. It was absolutely worth the effort though, because I think, through this process, that I became both a better writer and a better reader.
Posted by Madeleine